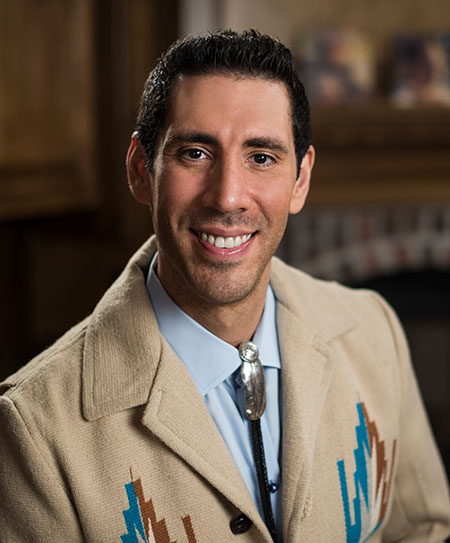 Matt Silverstein is a husband and father of two little girls and has been immersed in the financial and insurance industry for over 13 years. Mr. Silverstein comes from a truly rare heritage combination of Native American and Jewish ancestry. Both sides of his family tree share a common culture of staying united, overcoming adversity and fighting for their rights as indigenous peoples. Mr. Silverstein is a member of the Choctaw Nation of Oklahoma and has been recognized as a top national producer by some of the largest established financial and insurance organizations in the country such as Allstate Financial and LPL Financial, the largest independent broker/dealer in America.

Mr. Silverstein was born and raised in Tulsa, Oklahoma and has resided there his entire life. He attended Jenks Public Schools and then graduated with a Bachelor of Arts from the University of Michigan. During the summers, Mr. Silverstein was engaged in working for Indian Country and learning about tribal needs as he worked on the campaign for former Rep. Bill Settle, a member of the Cherokee Nation, and worked in Washington, D.C. as a Legislative Intern for US Senator Carl Levin.

As an activist for Indian Country, Mr. Silverstein started a business called Native American Health, LLC which he qualified as a "Community Development Entity" recognized by the US Treasury Department in 2001. After meeting with tribal leaders across Oklahoma, Native American Health, LLC sought to leverage the inaugural New Market Tax Credit program to help fill the gaps of tribal healthcare needs across Oklahoma. In 2014, he became the first Choctaw and the youngest person in Oklahoma history to win the Democratic nomination for the United States Senate.

Always keeping an upbeat and positive attitude, Mr. Silverstein's motto is that "Where focus goes, energy flows" and that simple but powerful belief drives his leadership values. An adamant activist for healthy eating and lifestyle choices, he is also a part of the Black Belt Elite Team at Golden Dragon Taekwondo.